One of the many reasons we are proud to be Americans is the sense of security and safety provided by the United States Military.  Comprised of six individual branches, each contains its own active-duty and part-time components.  Regardless of branch, location and service level, the men and women serving in the U.S. Armed Forces all share a relentless commitment to defending and protecting our country. 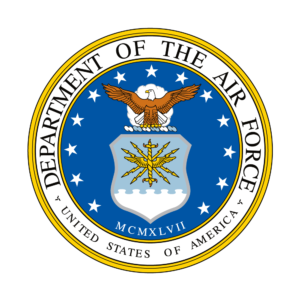 The mission of the United States Air Force is to protect American interests at home and abroad through air power.  Their primary focus is on air superiority, or control of the air to combat or ward off potential threats.

Emphasis is also placed on global strike, which is critical to ensuring air superiority.  The USAF stands ready to attack whenever and wherever needed.  Rapid global mobility operations are vital to sustaining combat power.  This is achieved through the movement of personnel, material, fuel, and supplies across the globe on short timelines.

Through intelligence, surveillance and reconnaissance missions, the USAF provides pertinent information which is utilized in making essential strategic decisions.

Enlistment in the Air Force Reserve or Air National Guard allows citizen airmen to train close to home and serve on a part-time basis unless called upon for duty.  Members of the Air Force Reserve perform flying missions such as Weather Reconnaissance, Modular Aerial Fire Fighting and Personnel Recovery.

Unlike Active Duty Air Force and Air Force Reserve, the Air National Guard carries out both federal and state missions.  They can be called into active duty by the President in times of global crisis, or by a state governor to assist with a regional or local disaster. 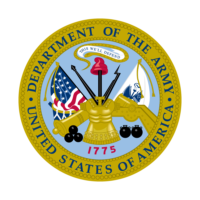 The largest and oldest branch in the U.S. Military, the Army’s primary function is to provide ground forces that fight to protect the United States, its land and its people.

Career options within the Army are almost limitless, thanks to the numerous branches encompassed in its structure.  Medical, Military Police, Transportation, Field Artillery, Electronic Warfare, Civil Affairs and Special Forces are just a few examples.  A soldier’s Military Occupational Specialty (MOS) determines his or her branch.

Army Reserve soldiers receive the same training as active-duty soldiers and perform essential Army functions on a part-time basis.  After completing their training, they resume life as a civilian, dedicating one weekend a month and two weeks per year training to keep their skills sharp, should they be deployed.

The Army National Guard is unique as it fulfills two missions.  Domestically, it protects local communities and reports to the state’s governor.  Internationally, it supports active duty military in responding to threats and humanitarian disasters.  Like the Army Reserve, Army National Guard soldiers retain their civilian job or attend school while serving in the military part-time. 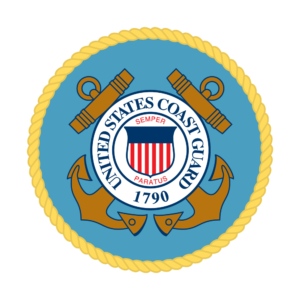 The waterways, ports and shorelines of the United States are protected by the U.S. Coast Guard.  Tasked with the responsibility of enforcing U.S. maritime laws, the USCG also serves as a first responder on the water, operating numerous search and rescue missions every year.

In contrast to the Navy, the Coast Guard primarily operates in U.S. waters and their enlisted numbers are much smaller.  Regardless, their dedication and commitment to their country is equal to that of their military counterparts.

While serving on a part-time basis, members of the Coast Guard Reserve take an active role in maritime safety, mobility, security, national defense and the protection of resources. 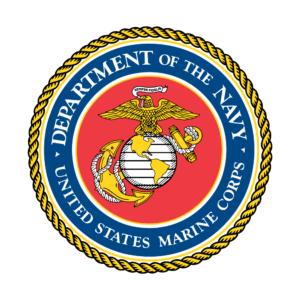 Although regarded as a separate branch of the United States Military, the Marine Corps actually serve as the ground troops for the U.S. Navy.  In fact, they are often first on the ground in most conflicts and determined to succeed.  Semper Fidelis, or “always faithful” is their motto which embodies their core values of honor, courage and commitment.

The USMC is the only branch of the U.S. Armed Forces with a program dedicated to martial arts.  This program utilizes fighting styles including Jiu-Jitsu and Taekwondo to prepare Marines for hand-to-hand and close quarter combat, in case they find themselves unarmed.

Those enlisted in the Marine Corps Reserve train domestically and serve part-time while maintaining their civilian status.  Reserve Marines stand ready to support the Active Duty Marines in major combat assignments, humanitarian efforts and national emergencies.  After serving on Active Duty, many Marines choose to continue their service in the Reserve while extending their education or working in the civilian sector. 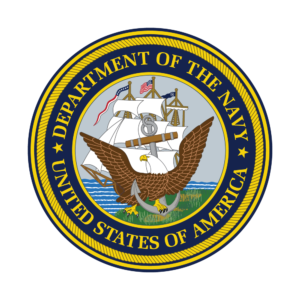 To deter aggression and defend American interests around the world, the U.S. Navy operates on and under the sea, as well as in the air.  Navy Sailors diligently perform their duties on board aircraft carriers, amphibious ships, surface combatants and submarines.

Navy Fighter Pilots take to the skies from an aircraft carrier to gather intel and conduct defensive missions.  Elite groups within the Navy, such as the SEALs and Navy Divers, receive specialized training for advanced warfare situations.

The Navy Reserve provides valuable, vital support to all areas of the U.S. Navy.  Through their service in the U.S. or abroad, Navy Reserve Sailors assist in maintaining the Navy’s core capabilities:  forward presence, deterrence, sea control, power projection, maritime security, humanitarian assistance and disaster response.  Reserve Sailors maintain a civilian career as they train close to home and serve part-time unless called to Active Duty. 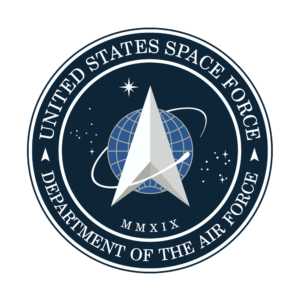 Organized under the Department of the Air Force, the USSF is the newest branch of the military.  It was officially signed into law on December 20, 2019.  Originally named Air Force Space Command, the re-designated Space Force is made up of approximately 16,000 military and civilian space personnel.

The primary focus of the USSF is to maintain, protect, and expand the U.S. Military satellites which are vital to military operations.  These satellites allow instantaneous communication across battle zones, identify enemy positions and movements, track weather patterns, guide navigational systems, and allow for precision strikes.

Proud of Our Patriotism

Here at Grand Aire, we have the utmost respect and admiration for the United States Military.  Not only do we share the field with the 180th Fighter Wing, we are honored to be led by a U.S. Marine Veteran.  We also take great pride in offering our services and our FBO to the Flag City Honor Flights each year.

We operate the only 24/7/365 full-service FBO on the field at KTOL.  If your travels happen to bring you through Toledo, let us put our experience and dedication to excellence to work for you.  Check out our list of services and amenities or give us a call 1-800-70-GRAND.  You may also email our team directly at fbo-lineservice@grandaire.com.