As airplanes get older and their flying days come to an end, many retire to the sunny and warm boneyards of Arizona.  A select few, however, find new life albeit on the ground rather than in the sky.  These repurposed airliners undergo an amazing transformation yet remain remarkably recognizable as their originally assembled self.  They continue to be functional in a new way, admired by many and even serve as a source of amusement and entertainment. 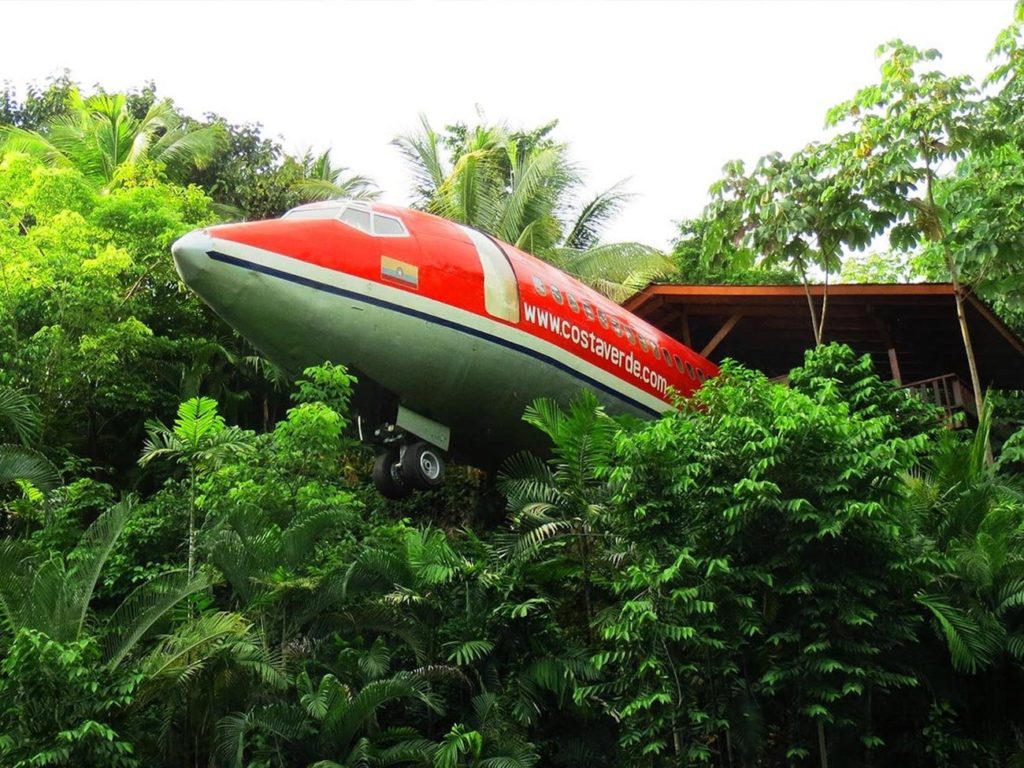 Hotel Costa Verde, located in Quepos, Costa Rica, is home to a vintage 1965 Boeing 727 that has been thoroughly and elegantly converted into a plush 1400 square foot, two-bedroom suite situated 50 feet high in the jungle.  The suite comes complete with a TV room, kitchenette with

microwave, dining area foyer and even the original cockpit which is intact, right down to the 2 authentic pilot seats.

The carved-out fuselage houses the two luxurious air-conditioned bedrooms, each with their own private

Each wing of the plane supports its own hard wood deck, yielding spectacular views of both the jungle and the Pacific Ocean.  They also serve as front row seats for observing local wildlife such as monkeys, sloths and toucans. 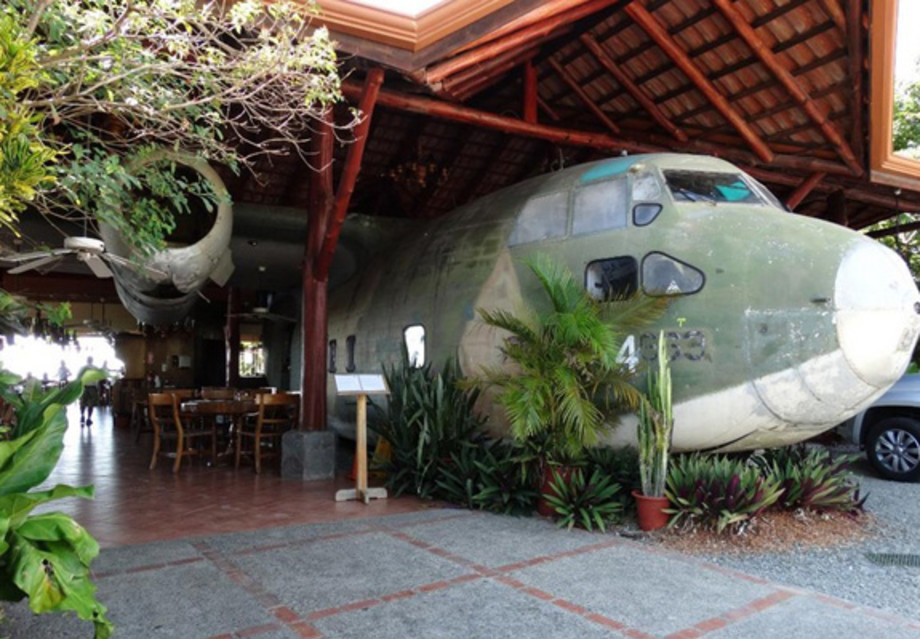 Located within the Costa Verde Resort is a 2nd recycled plane.  El Avion, is a two-level bar, coffee shop and restaurant that seats up to 600 and is built around and above a C-123 Fairchild cargo plane.  Inside the cargo plane is the El Avion Pub.

This truly unique dining establishment serves up delectable appetizers, entrees, cocktails and coffee with stunning views of the Pacific Ocean and surrounding tropical beauty.  Not to mention breathtaking sunsets seen from 150 meters above the beach!

Before becoming a pub and the centerpiece of a restaurant and bar, this C-123 was one of three CIA-operated military surplus cargo planes involved in the Iran-Contra affair made famous in the mid-1980’s. 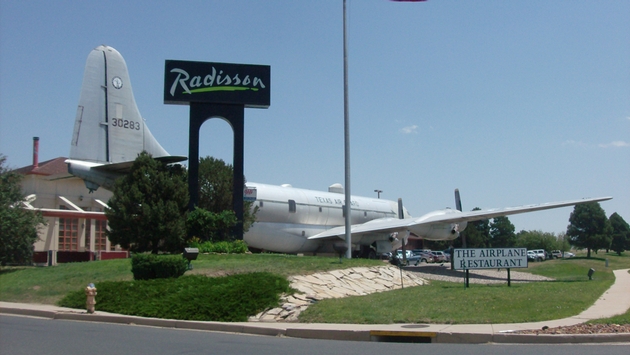 Adjacent to the Radisson Hotel in Colorado Springs, CO, you will find The Airplane Restaurant, a fully intact 1953 Boeing KC-97 tanker converted into a full-service dining venue.  This former flight-refueling tanker has been serving a different kind of fuel to hungry travelers since May 2002.

Total, the restaurant can accommodate up to 275 guests; 42 can be seated truly inside the historical aircraft.

In addition to a satisfying meal, visitors can enjoy a tour of aviation history through the hundreds of pictures, memorabilia and rare artifacts found inside the restaurant. 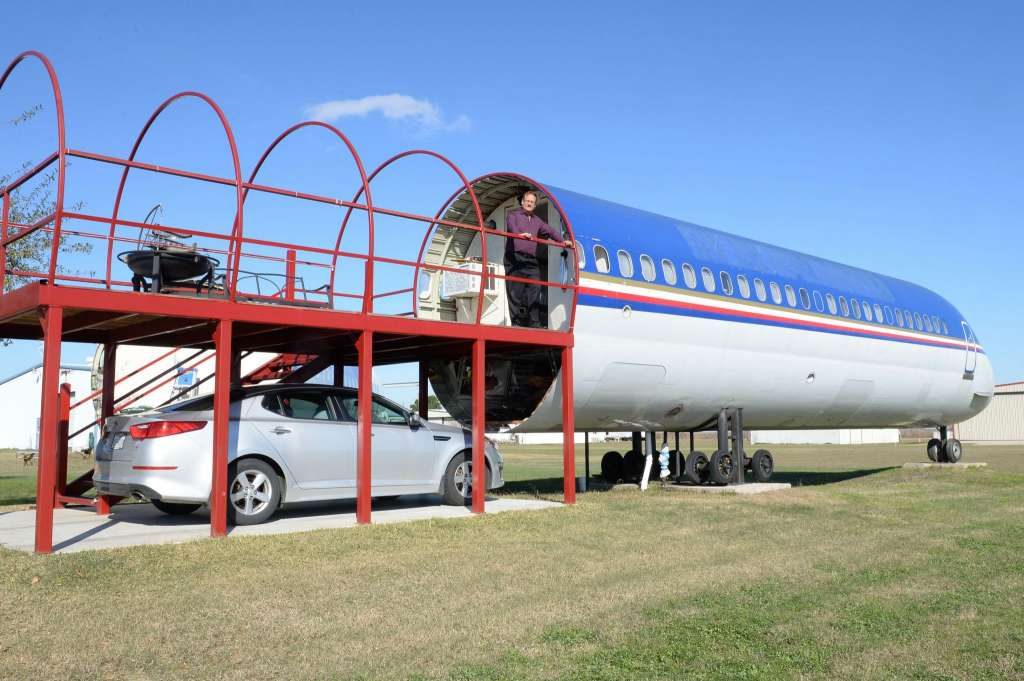 What may seem like a dream is reality for Joe Axline.  Since August 2012, his home in Brookshire, TX is an airplane.  Though he currently has two plane front ends on his property, the McDonnell Douglas MD-80 is the only habitable plane so far.

The converted plane/home has a living room, master bedroom, bathroom, small office space and a sleeping area for his kids.  It also has amenities such as flooring, a water well and sewer system and waterproof electrical wiring.

The second plane, a McDonnell Douglas DC-9, will eventually be renovated to include a theater, music, arts and craft room, and then the two parts will be connected. 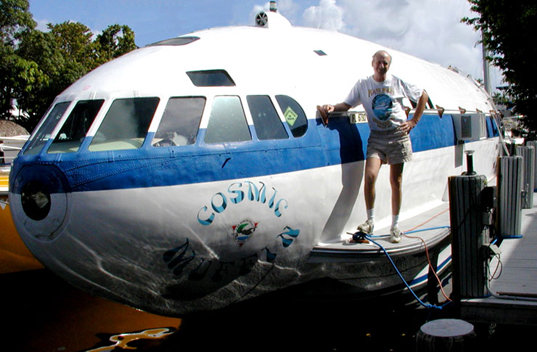 With its wings completely removed and body joined to a planning boat hull, this late ‘30’s Boeing B-307 Stratoliner has been transformed into one extraordinary houseboat.  Once owned by Howard Hughes, the Flying Penthouse was later deemed un-flyable due to damage suffered in a hurricane.

In 1969, the stripped-down airplane was purchased at auction for a mere $62 by Fort Lauderdale Realtor and private pilot, Ken London.  It was 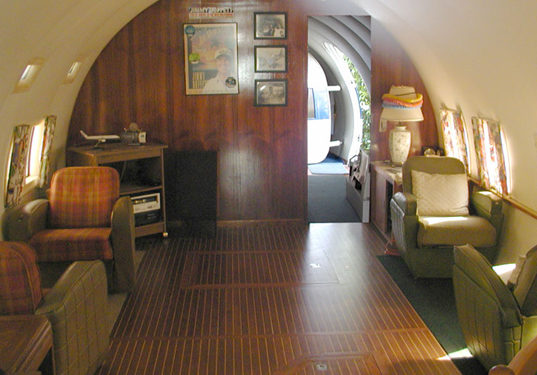 Ken’s brainchild to remove the wings and convert this once abandoned luxury plane into a rare motor yacht.  Four years later, the Londonaire was launched.

Dave Dimmer purchased the plane boat in 1981 and remains the current owner.  He remodeled and rebuilt the vessel and later renamed it the Cosmic Muffin as referenced in Jimmy Buffet’s novel Where is Joe Merchant?  Today, it is open to the public by appointment and available for dockside charters. 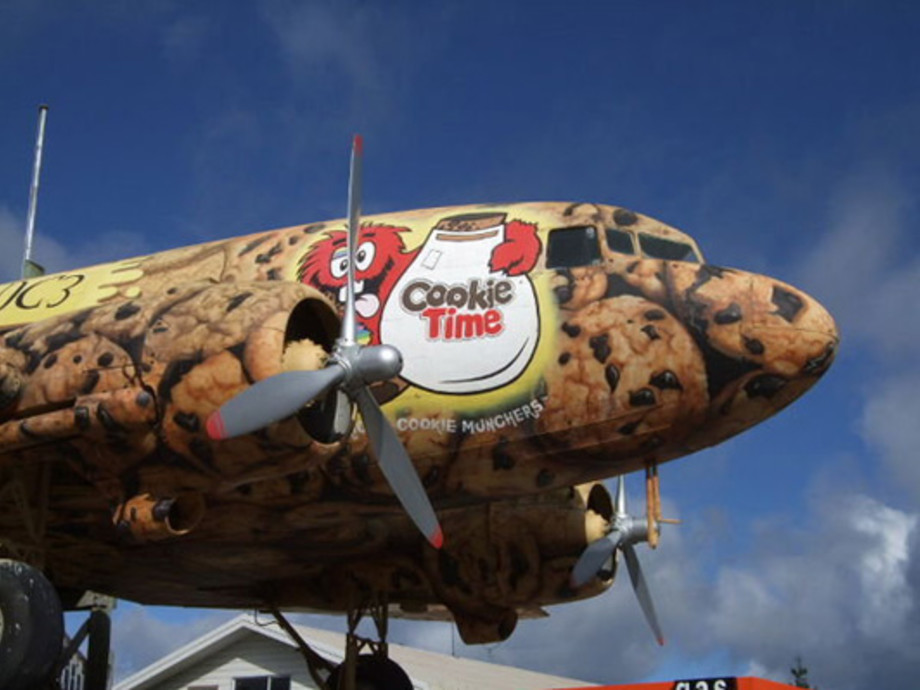 Originally built in the US between 1935 and 1946, this fixed wing, propeller-driven aircraft proved to be invaluable during WWII.  Of the 10,655 DC-3’s manufactured during this time, this lucky aircraft found new life in 1986 as a local landmark sitting high on stilts, serving the most popular cookies in the area.

Craving cookies now?  Then you should know that aircraft catering is just one of many amenities and services offered through Grand Aire’s full service FBO at KTOL.  In fact, we are the only staffed 24/7/365 FBO on the field.  For more information, visit us online or give us a call at 1-800-70-GRAND.